The canon Angelo Fara reports, in his work "La Riviera di San Giulio, Orta e Gozzano" published in Novara in 1861, that the central nucleus of the present Hotel San Rocco had been at first the residence for life of the priest Giovanni Gemelli d'Orta, (canon of the Island of San Giulio), who later sold San Rocco and some of his lands, for the foundation in 1647 of a college dedicated to S. Orsola, held by the Ursuline nuns.

In support of this thesis, it is still possible to admire in the hall of the hotel an oil painting, dated 28 October 1605, depicting the first abbess, Anna Theodora Silana, founder of the college. Suppressed and sold in 1813 with Napoleon reigning, San Rocco became a place of meditation again a few years later: the building, in fact, after taking on an architectural configuration very similar to the current one, was purchased by His Eminence Monsignor Giacomo Felice Gentile, then bishop, who made it a girls' school, under the direction of the Sisters of Joseph. It was a cloistered convent for almost 150 years, until the 1960s, when the Giuseppine nuns in turn sold it to make the current hotel, taking its name from the ancient church located a few meters away.

In 2002 the complex was enriched by the prestigious Villa Gippini, an elegant baroque building attached to the hotel.
Built in the middle of the Baroque period, the Villa was the holiday residence of the important and aristocratic family Gippini from Bergamo, who were conquered by the beauty of the environment and the town of Orta S. Giulio and its Island.

The hotel has a spectacular Roof Garden with Jacuzzi, solarium and relaxation area, the ideal place to rediscover pleasure, joy and serenity.

It is also possible to have a relaxing massage while admiring the breathtaking and romantic view with the sun reflecting the green hills on the intense blue of the lake.

The Roof is also privatised with an ad hoc food & beverage service, with the possibility of organising refreshments or aperitifs for groups of up to 35 people. 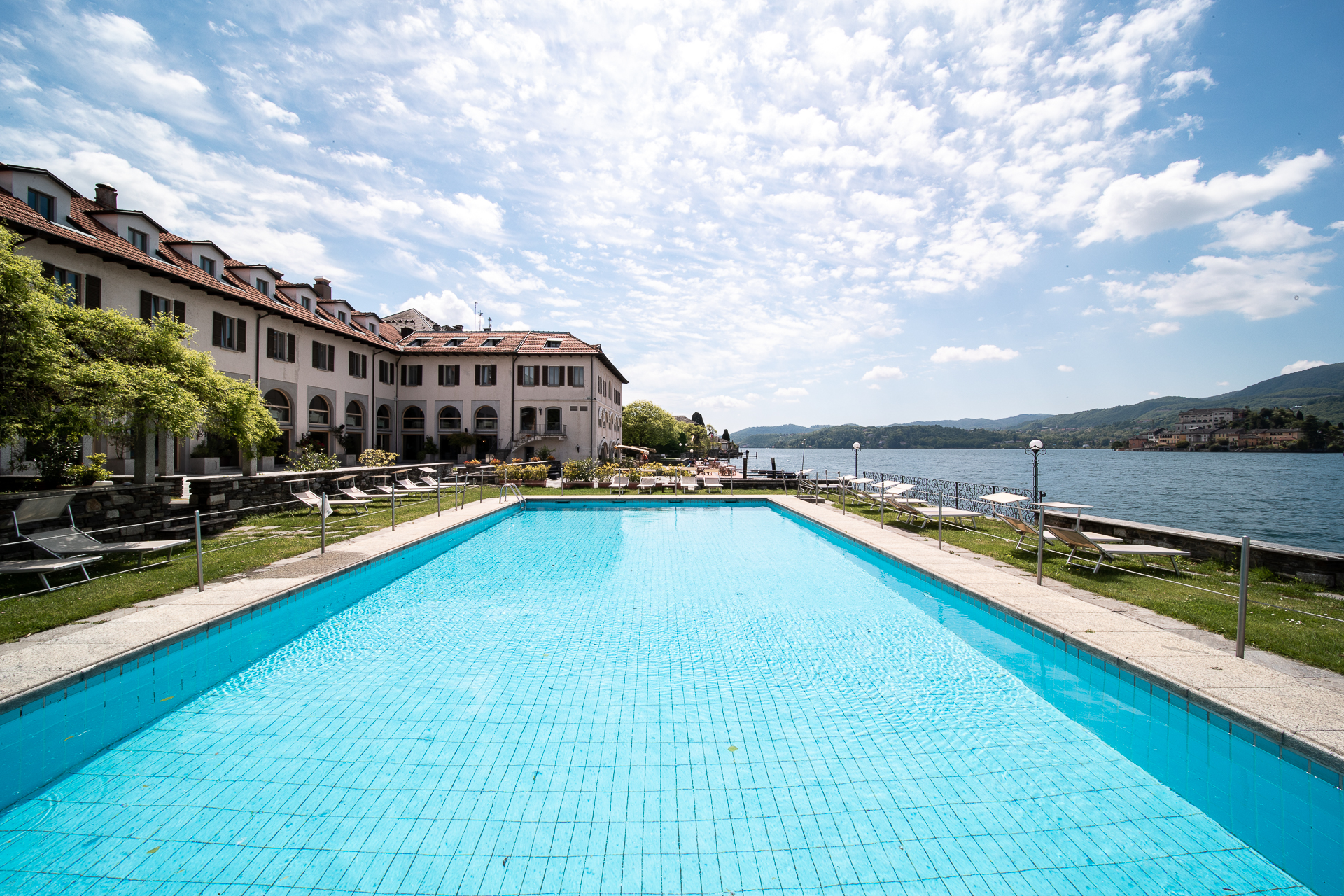 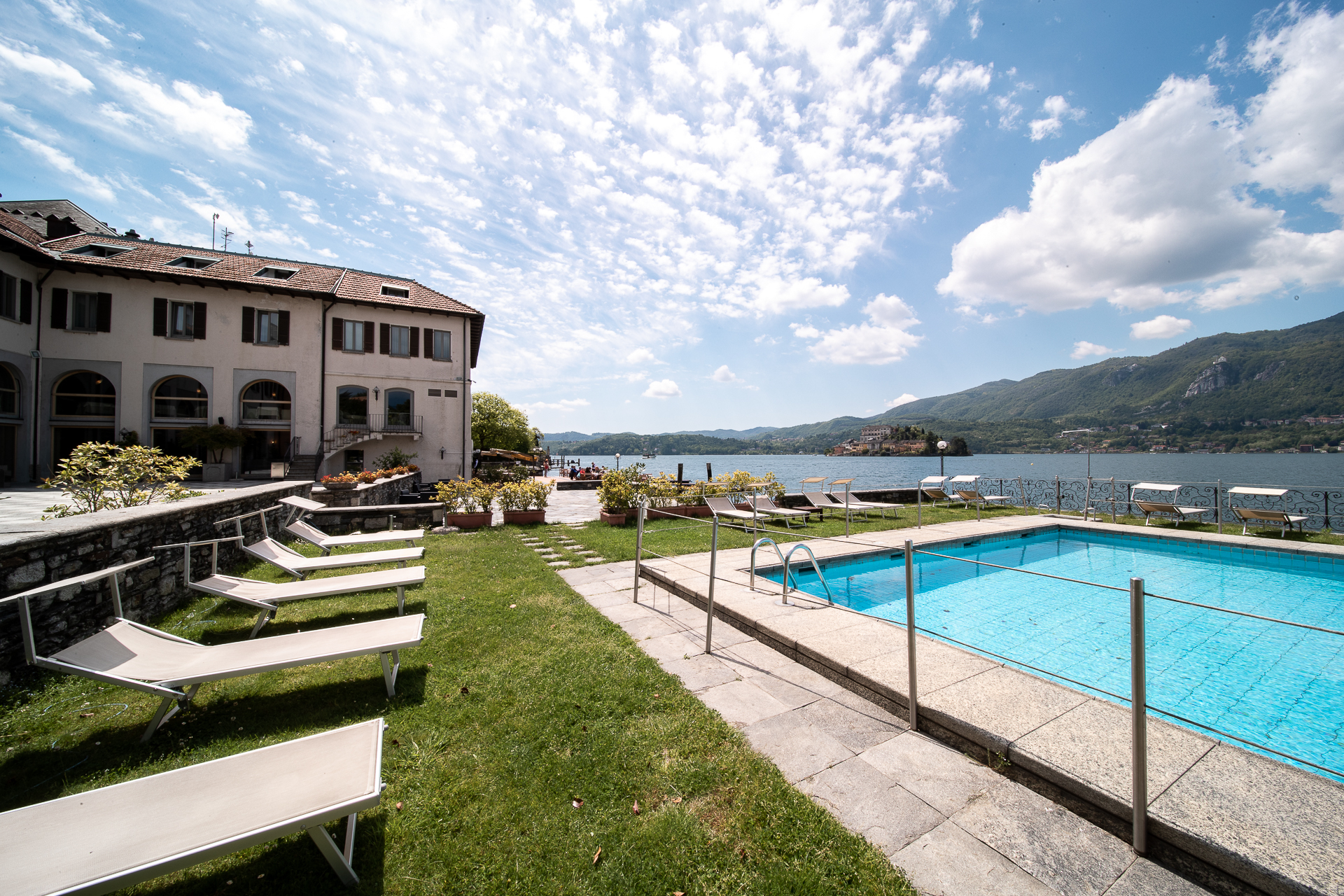 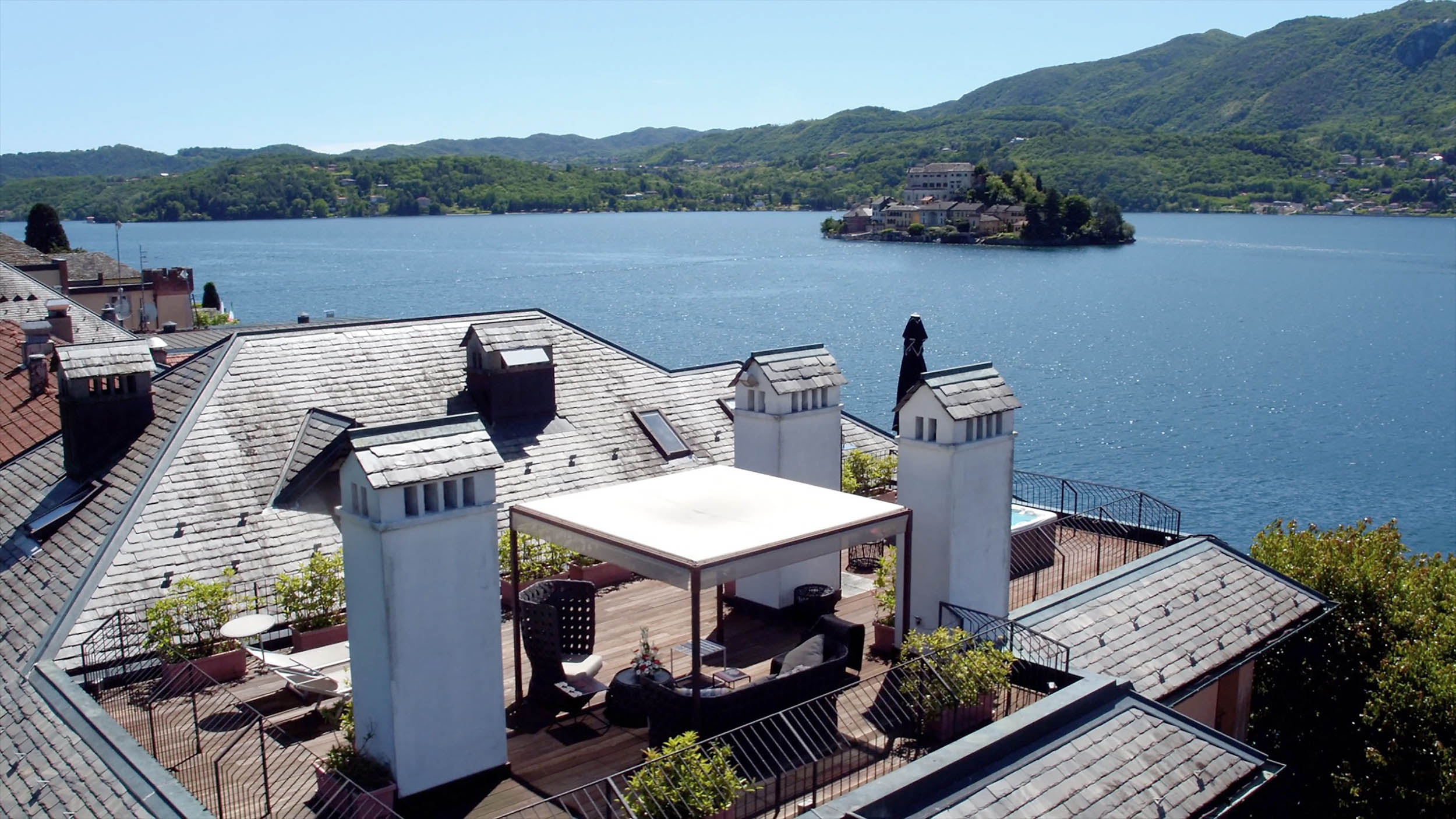 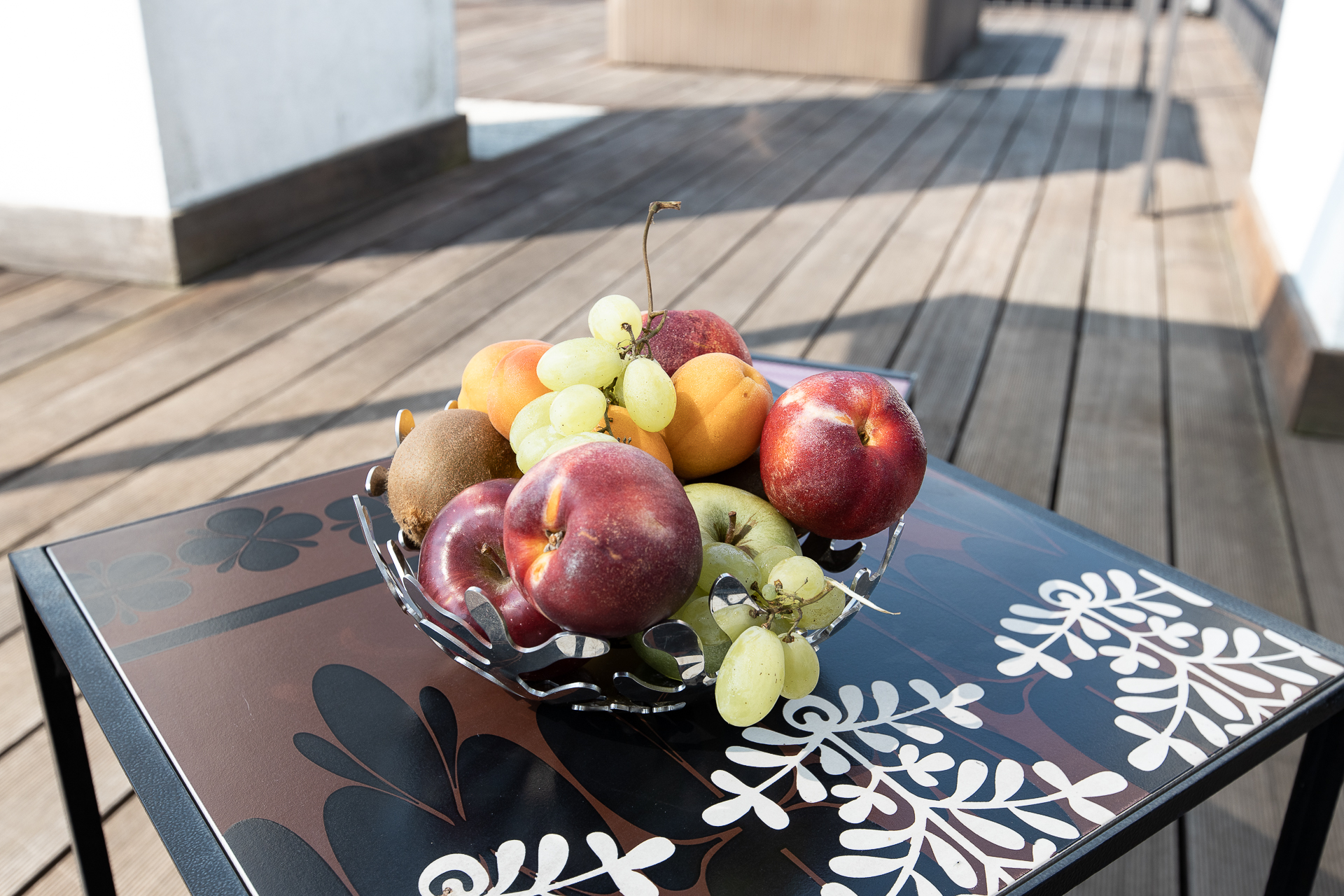 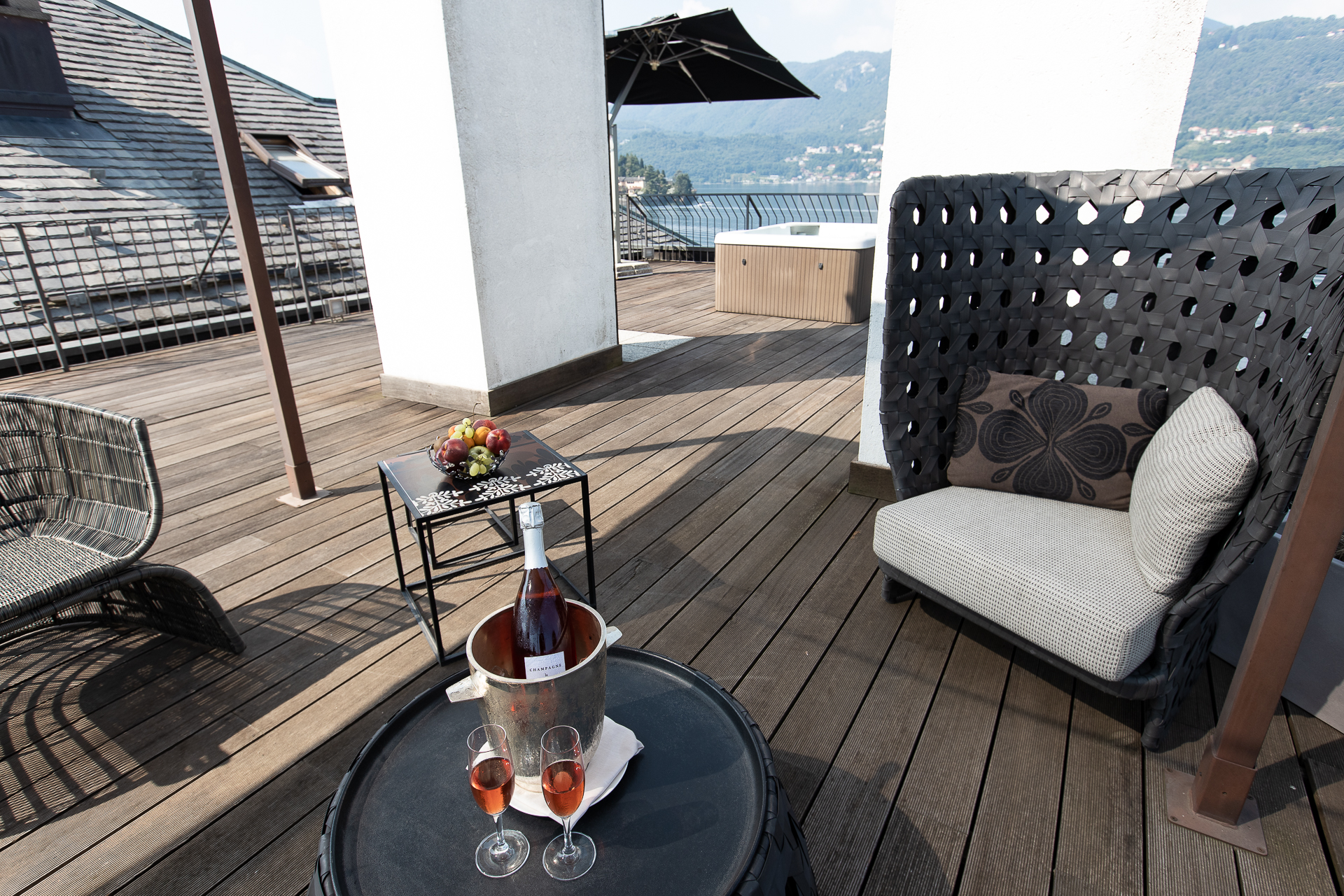